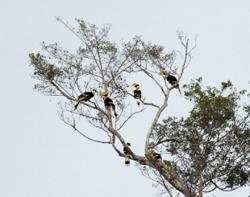 KLANG: Twenty-nine groups including civil society organisations, residents associations as well as environmental and special interest groups have jointly demanded a halt to the sale of forest land.

In a joint statement, they also highlighted alleged online advertisements offering these tracts of land for commercial sale.

The statement followed a survey by the Rimba Disclosure Project (RDP), an independent initiative geared towards protecting Malaysia’s rainforests.

“We are concerned about the likely conversion of forested lands being advertised for sale in Perak, Selangor, Pahang, Terengganu and Kelantan, which will result in Malaysia being 'locked in' to further deforestation that will exacerbate issues of biodiversity loss and land degradation as well as climate crisis and flooding," said the statement, issued on Thursday (Feb 3).

It also called on the relevant mentris besar, departments and agencies to prioritise the protection of forests in their respective states.

“The vast majority of these listings are advertised for conversion to agriculture with a 99-year lease," the statement read.

Besides wanting the mentris besars and authorities to investigate the alleged advertisements, sales and land conversion, the group demanded that the findings of any probe be made public and appropriate action taken if any breach of the law was involved.

“All state governments must ensure relevant laws, policies and conservation practices are respected with the purpose of halting deforestation and biodiversity loss, as expressed in several national policies and commitments," said the group.

It added that state governments must also emphasise forest protection to safeguard against climate change and rapid deforestation caused by the sale of state forest lands to private companies; as well as the degazettement of forests and subsequent conversion to other land usages.

It also urged property listing sites to look into the ethical responsibility of fighting environmental destruction by better examining listings to ensure that they were legally compliant and did not contravene environmental priorities and indigenous rights.

The group explained that its demands were spurred by concerns over climate change, biodiversity and ecosystem issues and the displacement of indigenous communities.

The statement reminded the authorities that the alleged wanton sale of forest land was not in tandem with Malaysia’s pledge to maintain 50% of its total landmass as forest cover as well as the nation’s commitment under the Glasgow Leaders’ Declaration on Forests and Land Use to “halt and reverse forest loss and land degradation by 2030”.

It also contravened Malaysia’s responsibility to prioritise climate action under the Paris Agreement, the statement added.

With regard to biodiversity and the ecosystem, the group said several of the listings described the land put up for sale as being virgin forest.

“The alienation of forests into private land will lead to reduced state control over forests, which are essentially public assets," said the statement.

The group also said the alleged sale included land located within ecologically sensitive areas, such as in Pahang, Kelantan and Terengganu which were becoming increasingly prone to human-wildlife conflict including livestock and human predation by tigers; and susceptible to landslides.

The group also pointed out legal irregularities in some of the listings which wrongfully described land located within forest reserves as empty or agricultural land.

“Some of the listings are under the guise of 'tanah milik sah kerabat kesultanan' or 'tanah kesultanan' (sultanate land) and this warrants further investigation and confirmation," the statement said. 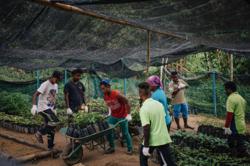