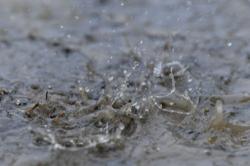 A file picture of a storm clouds and lightning over Kuala Lumpur. - ART CHEN/The Star

KUALA LUMPUR: The Meteorological Department (MetMalaysia) predicts that thunderstorms and rain – especially in the afternoon – will occur in several states ahead of the Chinese New Year celebrations next week.

“In the morning, rain is expected in the coastal areas of Terengganu and Kelantan while other states have good weather. In the evening, rain is forecast for Perak and Selangor.

“The weather will be more or less the same next week. Strong thunderstorms also have the potential for hail as happened in Shah Alam and Kuala Lumpur recently,” he told Bernama when contacted on Friday (Jan 28).

As for Sabah and Sarawak, he said rain was expected in the evening, especially in the interior and west coast of Sabah as well as central and northern Sarawak.

Lim also advised the public, especially those living in low-lying and flood-prone areas, to always be vigilant due to the unpredictable weather.

“Those who live in areas of unsound structures are advised to be careful as thunderstorms and strong winds can damage structures and this is very dangerous to safety,” he said. –Bernama 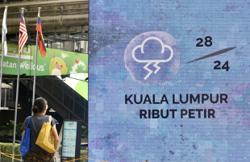