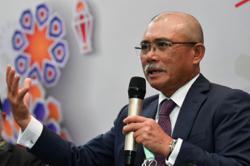 KOTA KINABALU: A new Sabah-based party has been launched by Datuk Peter Anthony, but the former Parti Warisan vice president did not reveal its name.

He told supporters that the party was still being registered with the Registrar of Societies (ROS) and expected some technicalities to be resolved soon.

Only the words “Soft Launching” were on the backdrop of the stage at the Sri Antenom Hall in Sabah’s interior Tenom, about 200km from here.

Anthony said they would only announce the party’s name after the ROS process is complete.

During the launch, he named Limbahau assemblyman Datuk Juil Nuatim as the party’s pro tem deputy president. Juil had left Warisan together with Anthony on Dec 28.

“Hopefully, the registration will be completed soon. Only then will we be able to hold road shows (to promote the party). Everyone is welcome to join as it is a multi-racial party,” he said.

Programme booklets shared among Anthony’s supporters prior to the launch showed he was launching a party named Parti Kesejahteraan Demokratik Malaysia, so it came as a surprise that he did not name the party.

In his speech, he claimed that certain Warisan leaders had plotted to topple him.

However, he said that this was all in the past and he was now moving forward to work for the people.

He also said Warisan’s decision to move into peninsular Malaysia without consulting the grassroots cemented his decision to leave.

“It’s not true that I quit Warisan because of my court case,” he said referring to his ongoing court case where he was charged with using false documents for a Universiti Malaysia Sabah maintenance contract. 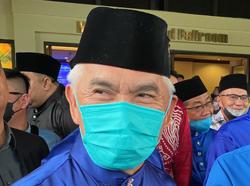