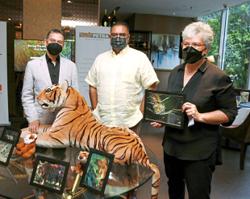 KUALA LUMPUR: There is only a small window of opportunity left to save the highly endangered Malayan tiger species and conservation efforts should not be in the hands of the government alone, said the Tiger Protection Society of Malaysia (Rimau).

Its president, Lara Ariffin said as such, Rimau was playing its part to save what was left of the less than 150 endemic species that could only be found in Malaysia, by working together with various stakeholders to stop poaching activities in Royal Belum State Park in Gerik, Perak.

"Rimau is engaging in various joint efforts with relevant parties, such as the Wildlife and National Parks Department of Peninsular Malaysia (Perhilitan), to put an end to tiger poaching activities.

"For starters, we have the Menraq Patrol Unit comprising 30 rangers of the indigenous Jahai tribe, focused on monitoring poachers at the Royal Belum State Park, where the Jahai tribe had lived for generations," she told Bernama here, on Thursday (Jan 27) after receiving a mock cheque of RM38,888 from Habib in support of the cause.

Lara said the unit created with the cooperation of Perak State Parks Corporation (PTNPk) had limited functions as they could only monitor poachers from a distance with no jurisdiction to apprehend the poachers themselves.

However, she said, working with PTNPk that had the authority to do so, had helped in achieving their cause, adding that the Malayan tigers were in high demand, especially from Vietnam and China, for their body parts.

From the head, bones and tails to the skin, even their whiskers were now being used as acupuncture needles in China.

"It is very heartbreaking to see not only tigers, but also other wild animals with their body parts permanently damaged by snares and traps.

"Some were seen roaming around with only three legs as a result," she lamented.

Asked if Rimau would engage in breeding efforts to multiply the number of Malayan tigers, Lara said it this was a last resort and not a viable option in conserving tigers.

"To a certain extent, tigers are like domestic cats. They need three things to be able to breed naturally and smoothly, which are a home, that is the forests; food and protection," she explained.

According to Lara, they are deprived of all of these due to increasing deforestation and logging activities.

When tigers, particularly those with cubs, are chased out of their natural habitats, they get displaced from their territory and the cubs were at risk of being eaten by other animals.

As such, Rimau was in dire need of intensifying conservation efforts and they called on members of the public who were interested in joining the cause of saving our Malayan tigers to do so as depending on government agencies alone, was not practical. 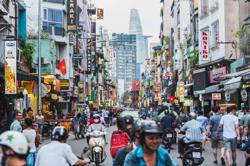