Unit trust consultant Norhaili Ahmad Mokhtar, 45, said the introduction fee given to Zizie Izette was part of her marketing strategy as the latter had also introduced a senior Felcra officer to make the investment.

"I contacted Datin Seri (Zizie Izette) to say that the investment made by Felcra (RM150mil) was successful, and at the same time, I got a commission from the investment. I then told Datin Seri that I wanted to give her the introduction fee.

"I'm an (investment) expert who tells Malaysians about the benefits of unit trusts, but I can't get into big companies that don't know what I'm doing," she said.

The 25th prosecution witness said this during the examination-in-chief by Deputy Public Prosecutor Law Chin How in the corruption trial faced by Bung Moktar and his wife Zizie Izette before Judge Rozina Ayob.

Touching on the commission earned after successfully obtaining the investment (RM150mil), Norhaili said she and unit trust agent Madhi Abdul Hamid, 43, each earned a commission of RM2.9mil.

"Upon getting the commission, Madhi and I discussed the management of the commission taking into account factors such as Felcra’s investment management, and long-term operating costs as these investments take over seven years to mature, and we also take into account tax costs to manage during that period," she said.

When asked by Law why Zizie Izette had to be paid RM2.8mil, the witness said Zizie Izette was eligible to receive the introduction fee after taking into account all costs, taxes and monthly benefits as long as Felcra's investment was under her care.

"For me... I don't see the amount as being large, but I am looking at managing Felcra's account for the long term. Datin Seri Zizie Izette was eligible to receive it (introduction fee).

"As far as I remember, the RM2.2mil advance payment in cash at Public Bank in Melawati was managed by Madhi, the remaining RM800,000 was put back into Public Mutual Berhad in the name of Datin Seri Zizie Izette," said Norhaili.

Asked by Law why Public Bank only paid RM2.2mil when RM2.8mil should have been paid to Zizie Izette, the witness said: "At that time, Public Bank did not have enough cash and I also advised Datin Seri (Zizie Izette) to make investments in Public Mutual Berhad.

"I advised Datin Seri Zizie Izette to invest between RM600,000 to RM800,000, and this was managed by Madhi and another Public Mutual consultant," said Norhaili.

The witness said she could not remember how many cheques had been issued, but that the name Public Mutual Berhad and Zizie Izette's identity card number were written on them.

During the proceeding, Norhaili said there was no element of corruption or bribe requests from Bung Moktar and his wife Zizie Izette.

On May 3, 2019, Bung Moktar pleaded not guilty to two charges of accepting bribes amounting to RM2.2mil and RM262,500 as an inducement to obtain Felcra's approval to invest RM150mil in Public Mutual unit trusts.

Bung Moktar, 64, who was the non-executive chairman of Felcra at the time, was accused of accepting bribes from Madhi through Zizie Izette at Public Bank's Taman Melawati branch here between 12.30pm and 5pm on June 12, 2015.

He also pleaded not guilty to accepting an RM335,500 cash bribe from Norhaili through Zizie Izette for the same reason and at the same place on June 19, 2015.

Zizie Izette, 44, pleaded not guilty to three charges of abetting her husband in the matter at the same place, date and time. - Bernama 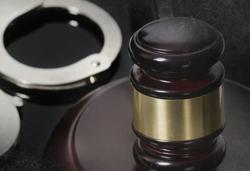