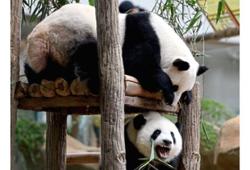 PETALING JAYA: Various non-governmental organisations have urged the government to stop logging activities for 25 years so that natural disasters like the recent severe floods do not recur.

The group also wanted the whole Titiwangsa Range (Banjaran Titiwangsa), including the central forest spine, to be gazetted as a national park so that the forest complex can be protected.

Such calls were part of a memorandum submitted by the group to the Yang di-Pertuan Agong on Saturday (Jan 22).

“If we do not gazette the Titiwangsa Range, more of our forests will be destroyed every day.

“Deforestation activities have led to floods. We don’t want to see more deaths from such disasters, including landslides.

She was part of the group of NGOs and individuals, who had gathered outside the Istana Negara in Kuala Lumpur on Saturday evening to present the memorandum.

The group consisted of various NGOs including Peka Malaysia, Abim, Otai Reformis 98, Jingga 13 and others.

In the memorandum, the group called on the King to intervene and urge the government to immediately set up a flood and climate change mitigation plan for Malaysia.

They submitted eight demands, including for the government to impose a 25-year moratorium or freeze on logging and mining licence concessions at permanent forest reserves and state land forests nationwide.

The group also wanted the Titiwangsa Range to be gazetted as a national park and managed by the Federal Government.

It also wanted the King to set up a Royal Commission of Inquiry into the approval of logging, mining and quarry activities in forest reserves and the large-scale development in highlands.

Other claims include appointing highly qualified experts as Malaysia’s Energy and Natural Resources Minister and Environment and Water Minister, and reviewing standard

Thanking the King, Abim president Muhammad Faisal Abdul Aziz said the memorandum represented the voices of over 200,000 people who signed an online petition urging for logging to be stopped.

“We received overwhelming support in the past two weeks for this online petition, which represents hope from the people,” he said.