Hamzah: Citizenship certificate will be granted if documents are complete 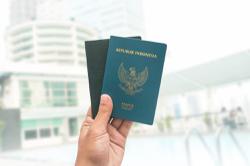 LARUT: The government has no problem in issuing citizenship certificate to applicants if they can produce the valid marriage document, says Home Minister Datuk Seri Hamzah Zainudin.

He said this was because the issuance of citizenship certificate has to be done in accordance with the existing laws in the country.

"Among the conditions set is to have a valid marriage certificate, and the marriage has to be registered in the country,” he told a press conference after attending a 'Program Kenduri Kampung’ in Sungai Bayor near Selama on Saturday (Jan 22).

Hamzah said this in response to a report which quoted him as saying that a thorough investigation would be carried out to determine the citizenship status of Rohana Abdullah, who was abandoned as a two-month-old baby at a kindergarten 22 years ago after her Indonesian mother returned to her country.

The girl was reportedly forced to drop out of school because she did not have identification documents.

He advised all parties to abide by the rules and conditions set in obtaining citizenship status such as registering the marriage before problems arise involving their children later.

"I have reminded numerous times that in a marriage, even if there is a marriage certificate, but if it is not registered in the country, there will be problems for the children that they will be categorised as a child conceived out of wedlock or a child without status,” he said. - Bernama 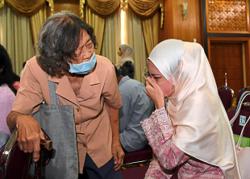 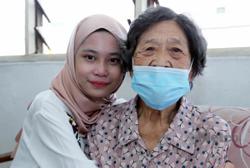 Sabah to launch state education fund in June
PKR polls: Physical voting to be re-held in eight divisions
Search on for three tugboat crew members missing in waters off Pulau Mantanani
From stripes to bars: Security guard who cried tiger remanded for 14 days
Legendary cop who took down Botak Chin passes away
Hiss turn at the cistern: Gamer bosses python in toilet battle
Report: iOS 10 and iOS 11 users can no longer use WhatsApp after Oct 24
Shortage of chicken reported in rural areas only, says Johor exco member
Gunung Suku water surge: Body parts confirmed to be those of missing hikers
Eatery assistant fined for dumping religious idol in rubbish bin