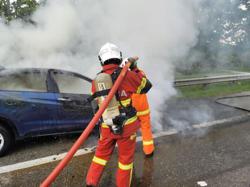 BUKIT MERTAJAM: A heavy build-up of traffic leading to a crawl has been reported Friday (Jan 21) at the Juru toll plaza southbound on the North-South Expressway (NSE).

Apart from large numbers of heavy vehicles contributing to the congestion, many vehicles appeared stranded in both lanes for radio frequency identification (RFID) users as the system failed to detect their stickers and prevented them from passing through.

Vehicles behind were then forced to reverse and divert to either the SmartTag or Touch ‘n Go (TnG) lanes, adding to the traffic congestion.

PLUS Malaysia employees were seen on standby at the booths to help users and divert traffic.

Meanwhile, at the toll plaza office, 56-year-old motorist Pawanteh Mohamed arrived to buy his RFID sticker and get it pasted on his car.

"I did not buy the sticker online to avoid pasting it wrongly by myself on a part of the car where the lane sensors might not detect it.

"Here, with the help of appointed agents, they have scanners to test the detection before deciding on the best spot to place the sticker.

"The job takes less than five minutes," he said, adding that the sticker cost him RM35 deducted from his eWallet, and there was a one-time free replacement offer.

On Dec 16, the Works Ministry said toll transactions using RFID technology for private light vehicles would be implemented from the Juru route in Penang to Skudai in Johor along the NSE with effect from Jan 15.

Users then reported traffic snarls on the NSE stemming from detection issues with their vehicle RFID stickers.

PLUS to ease traffic flow after feedback on RFID

Public should be free to choose how to pay tolls, says PM 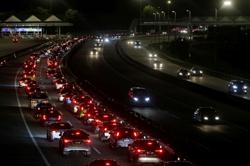 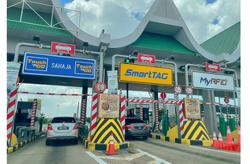