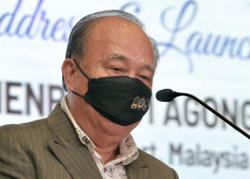 PUTRAJAYA: Physical driving tests may become a thing of the past once the automated driving test or “etesting” is gradually introduced.

“Those taking their driving test through the system will be able to get their results immediately as tests will be conducted in real-time.

“This will speed up the process tremendously compared to the previous two-week waiting time for test results,” he told reporters after delivering his New Year’s message to JPJ officers here yesterday.

Zailani said the system would help reduce manpower when the simulated computerised driving test is conducted.

“At present, six to seven JPJ officers are needed during driving tests. With etesting, we will reduce this to two or three officers.

“This will allow the department to utilise the extra manpower for enforcement and other work,” he said.

“Those tested will have to perform parking, uphill driving and three-point turn but through simulations,” he added.

He noted that South Korea and Japan were among the countries currently employing etesting.

The system will be implemented gradually with an estimated 232 driving schools free to adopt etesting applications from service providers.

In November last year, egovernment service provider MY EG Services Bhd (MYEG) received approval from JPJ to conduct a proof of concept (POC) to set up an automated training and driving test system.

“There are instances of delivery riders beating the red light.

“They are pressed for time and don’t care if they beat the red light,” he said.

On a separate matter, Zailani said JPJ managed to collect RM4bil in revenue last year and had set a target of RM4.12bil for this year. 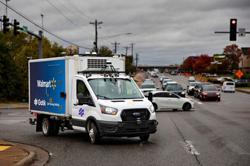