‘Do not start car during and after floods’

GEORGE TOWN: Leave your car as it is in the event it gets trapped in a flood.

Trying to start the engine after the floodwaters recede can cost you thousands of ringgit in repairs.

Malaysian Automotive Association president Datuk Aishah Ahmad said that during and after flash floods, car owners should never attempt to start their vehicles.

“Get a tow truck to tow it to the workshop and let the mechanics drain the water from the engine and transmission.

“They can check whether the engine control unit (ECU) is contaminated with water or pollutants. If it is, they can repair it accordingly,” she said yesterday.

Penang Motor Vehicles Workshop Owners Association member Chan Kok Hoe said leaving the car as it is could save owners a lot of money compared to them starting the engine.

“Sometimes, people may be desperate and try to drive their car past flooded areas to get to higher ground.

“But the best way is to not take the risk. Whether their car was flooded while parked or it broke down halfway, just leave the car there,” he advised.

Chan said owners should never start the engine as water would have flooded it and this could cause a short circuit within the ECU.

“Once the ECU is affected, the repair cost is very high. During the Penang floods in 2017, the cost to repair a Myvi can go over RM30,000,” he recalled.

“But if you try to start the engine of a flooded car, you can expect the cost to skyrocket to over RM30,000.”

Chan said that in the 2017 Penang floods, one car manufacturer in the state offered a 50% discount for all car parts to help owners whose vehicles were affected.

“That helped people save a lot of money. So, owners in Klang and affected areas can check if their cars’ franchise workshops can offer something similar,” he added.

A word of warning for cars caught in floods near the sea – seawater can damage cars beyond repair.

“Seawater can be very damaging to vehicles as it is corrosive to many metal parts of the body.

“In such cases, it is difficult to restore or repair the vehicle. Even after repairs, cars which have been in seawater can be affected by corrosion,” he said.

To make matters worse, Chan said, tow trucks and car workshops are super busy now and it will take days before mechanics can finally work on cars caught in floods that have seawater. 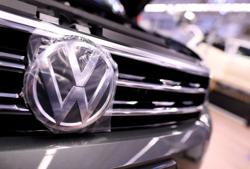