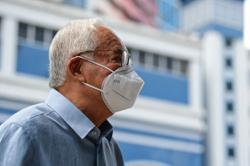 PUTRAJAYA: Having created a lot of wealth for the country during his tenure as the prime minister, Datuk Seri Najib Razak said the “national embarrassment” remark made by the Court of Appeal judge was “disappointing”.

“I am very disappointed with that because throughout my career it has always been about how to promote the country’s national interest during my tenure as the prime minister.

“The total assets of the country under my watch grew from RM800mil to RM2 trillion. Therefore, I had created a lot of wealth for the country.

“I just want to put this in another perspective,” he said during a press conference after the Court of Appeal delivered its decision on the SRC International Sdn Bhd case yesterday.

Najib added that he had back then set out a Royal Commission of Inquiry (RCI) to investigate the forex loss of RM31bil.

But after the Pakatan Harapan government came into power, he said it then had made a decision to not proceed and to classify the case as “no further action”.

“I just want to put it in proper perspective again,” he said.

Yesterday, the Court of Appeal upheld the conviction and sentencing of Najib in the SRC International Sdn Bhd case.

When delivering the court’s decision, the three-man panel chaired by Justice Abdul Karim Abdul Jalil said the conduct of Najib with regard to SRC International Sdn Bhd, was not done for national interest as the former prime minister had claimed.

Justice Abdul Karim said instead it was a “national embarrassment”.

Lead counsel Tan Sri Muhammad Shafee Abdullah also concurred that the judge’s remark was disappointing as the defence of national interest did not succeed and was rejected during the trial.

“This is still a matter that is going on appeal. In light of that, I find it disappointing that this kind of remark was made in court, that is not for national interest but rather a national embarrassment.

“They could have said that the defence of national interest did not subsist and we reject it. That would have been the end of the matter.

“To go further and say that this is a national embarrassment was unnecessary and can cause serious element of perception of Najib considering that the entire conviction and sentence have been stayed,” he said.

Separately, when asked if he would contest in the upcoming general election, Najib said he was unaware when the elections would be held.

“We will cross the bridge when we come to it.

“There are political and personal considerations to make. I will leave it for when the time comes,” he said. 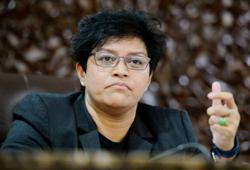