Nazir: Proposed deliberative platform will push for a better Malaysia via reform recommendations to Parliament

“Just a few weeks ago, on behalf of a diverse group of 55 Malaysians well-known in their respective fields, I wrote to His Majesty Yang di-Pertuan Agong to seek the support of the Council of Rulers for the formation of a new deliberative platform called the Better Malaysia Assembly or BMA after its, all-encompassing agenda,” he said.

He said the letter had garnered a lot of attention in support and in opposition, adding he welcomed these reactions, “although I prefer comments from people who have actually read the letter itself and not those that feed on other people’s misunderstandings or prejudices.’’

The former CIMB chairman said a surprising reaction was one that said he was out of date because the idea was reminiscent of the National Consultative Council of the 1970s.

"Personally, I do not see anything wrong with borrowing from the past, especially methods that have worked. Indeed, this approach enabled us to successfully rebuild this nation after the May 1969 crisis.

"’More jarring is the fact that since 2011, deliberative democracy has become cutting edge in political science with some 289 platforms set up at various levels in democracies across the world.

"As a sign of the times, Yale and Stanford universities have recently set up deliberative democracy centres, Oxford is expected to follow suit,’’ he said in a speech at the Malaysian Institute of Management on Wednesday (Dec 8).

Nazir said the idea is described as elitist by some, but he said deliberative democracy is essentially a citizen-centred approach to policy making, often established to address complex long-term structural issues, unsuited for Parliament.

"We are witnessing more deliberative platforms being formed as there has been increasing frustration with representative democracy for failing to address major structural issues, mainly because parliamentarians tend to prioritise the short-term interests of political parties and their own re-election.

"It is telling that in the last few days, community non-governmental organisation leaders of Ikram and Abim have spoken out in support of BMA as has the general-secretary of the National Union of Bank Executives (who used to burn my effigy when I was CEO of CIMB). What is more elitist is to rely on advisory councils that are solely appointed by the government of the day,’’ he said.

Nazir said one of the most popular case studies on deliberative democracy was the Irish Citizens’ Assembly, convened to deliberate on various issues but most notably, the constitutional prohibition on abortion.

“Before the 100-person assembly convened, it was polled that only a quarter of the population favoured legalising abortion. But after lengthy deliberations, some of it aired in public, the assembly recommended the legalising of abortion. 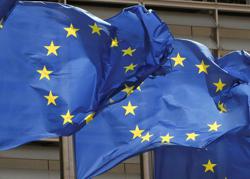 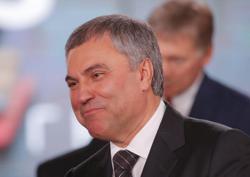