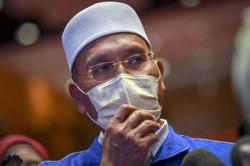 "This is the KPI that I have submitted to the Prime Minister’s Office to help 700 recipients, involving about RM2.1mil. But due to overwhelming requests, Alhamdulillah, we have approved 1,391 applications,” he said during the Ministers’ Question Time session at the Dewan Rakyat here Tuesday (Dec 7).

He was responding to a question by Abdul Latiff Abdul Rahman (PAS-Kuala Krai) who wanted to know the type of efforts taken by the government to ensure Muslims in Malaysia were not left behind under the Keluarga Malaysia (Malaysian Family) concept, especially in assisting Muslim entrepreneurs within the first 100 days of them being impacted by the Covid-19 pandemic.

"In addition, Tabung Haji, through its corporate social responsibility programmes has assisted 1,620 petty traders, involving a cost of RM810,000. YaPEIM has also provided training to some 8,600 participants to increase the scale of their businesses so that they can compete, especially in this pandemic environment,” he said.

Answering Abdul Latiff’s supplementary question on efforts being taken to look after the welfare of imams and takmir teachers nationwide, Idris said the government was very concerned about their plight.

Following this, several initiatives, especially from the welfare aspects, have been taken, including providing them with Social Security Organisation (Socso) protection and a one-off payment of RM500 to imams, bilal, noja masjid and takmir teachers.

"At the same time, we have intensified efforts by holding online classes, and also face to face sessions nationwide after Covid-19 cases dropped.

"Insya-Allah, we will add another 1,000 takmir teachers for the Prisons Department, National Anti Drugs Agency and Social Welfare Department,” he said. - Bernama 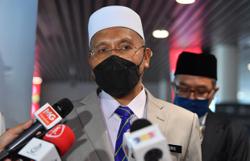