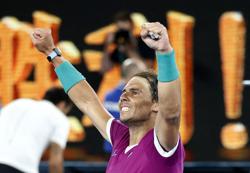 PETALING JAYA: Malaysia needs to push the reset button for a complete transformation and restructuring as the nation’s current reality is far from the lofty and progressive visions envisioned by its former leaders, says economist Tan Sri Dr Ramon Navaratnam.

He said the Merdeka vision of first prime minister Tunku Abdul Rahman and his dream of a united, multiracial and happy Malaysia had yet to become a reality.

Instead, the nation is more disunited than before.

Racial harmony and religious understanding were among Malay-sia’s major visions but today, the reality is that racism and religious bigotry as well as related tensions have instead increased, he said yesterday.

Navaratnam said the New Economic Policy, which was to promote economic growth and equity regardless of race, was a lofty goal introduced by the second prime minister Tun Abdul Razak Hussein in 1970, but that goal had also not been fully realised.

“The vision of the 30% [bumiputra] equity target was to have been achieved much earlier, but the reality is that we have failed to achieve it, although it could have been fulfilled by now. This is because there was much abuse in its implementation.

“Unless the decline in social, economic and national unity is addressed soon, our future could fade even more,” he said during the launch of his latest book, Malaysia: Vision and Reality published by the Malaysian Institute of Management.

In the book containing a collection of his essays from early 2016 to mid-2019, Navaratnam discusses the issues facing the country as he sees them, both before and after the 14th General Election in 2018.

The essays, most of which were published in The Star, touch on subjects such as the economy, the country’s administration, corruption, the environment, race relations and national unity.

The former senior civil servant said that Malaysia urgently needed better leadership and management, adding that the basic requirements for peace and progress are strong values of good governance, but he finds this lacking in many areas in government and the private sector.

“Beyond a reset button, we need a complete transformation and restructuring. Years of neglect and destruction have caused major and serious deep scars that can only be removed through a new approach,” he said.