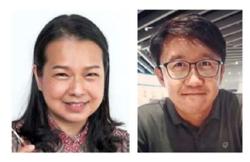 PETALING JAYA: Travellers using the Malaysia-Singapore Vaccinated Travel Lane (VTL) by air or land will be required to perform a Covid-19 self-test on the third and seventh day after their arrival.

Health Minister Khairy Jamaluddin said the results will have to be reported through the MySejahtera app.

The creation of VTLs between countries that have reported transmission of Omicron or are on the ministry’s temporary travel ban will also be postponed, he added.

“This postponement will be until a clearer picture is obtained on the transmission of Omicron on a global level,” he said.

Khairy added that the autogate system at the Immigration Department will be temporarily suspended with immediate effect to allow immigration officers to query travellers on their travel history.

He added that flights carrying passengers from countries that have reported transmissions of Omicron or are on the ministry’s temporary travel ban will only be allowed to enter Malaysia through Kuala Lumpur International Airport.

These tourists and those who have a history of travelling to these countries in the last 14 days will not be allowed to participate in the Langkawi travel bubble programme.

Separately, Khairy said that the government will maintain the six-month interval for booster shots except for those who received the Sinovac vaccine – they will receive theirs after an interval of three months.

“There will be an announcement next week for those who are immunocompromised as to the new interval for them.

“For the general public, it will still be six months and we will continue to review this. Most countries have retained the six-month interval, but we are aware that some have shortened the interval due to winter.

“We don’t have it (winter) in Malaysia, but we will continue to monitor and should the situation necessitate a shorter interval period, we will make that announcement,” he said.