PETALING JAYA: Low salaries and static pay scales over the past 20 years are the main reasons for the shortage of engineers in certain industries, say engineering bodies.

In urging the government to urgently look into solutions, the Malaysian Association of Engineers (MAE) president Mohd Sabri Mohamad Zin said the issue of graduate engineers being paid low salaries on an already stagnant engineering salary scale was raised in 2019. It made headlines once again in October this year.

“Now, this issue has received national attention as the situation has worsened due to Covid-19, but we have yet to see any strong action that should have been taken to solve this issue,” he said.

Mohd Sabri said the shortage of engineers will continue to hit low-paying industries as long as the government sidesteps the problem while companies refuse to seriously address remuneration issues.

Currently, amid the Covid-19 recovery period, industries are opening up but small and medium enterprises (SMEs) are struggling to employ engineers because multinational companies (MNCs) and large firms are offering higher salaries and benefits, he said.

“Many companies are trying to clear their backlog during this period, and so, engineers as well as other skilled workers are needed,” he said.

Additionally, many engineers who left the profession during the lockdown and took up different career paths would not be enticed to return to the engineering field during the current recovery period, especially if they have already found better paying jobs in lower-pressure environments, said Mohd Sabri.

If the issue of engineers’ well-being is not immediately addressed, he said that Malaysia will face greater challenges in the near future in meeting industry demands and investors may begin to shift to other neighbouring countries.

“The country will have a worse shortage and industry requirements cannot be supported, all because the root problem of engineers’ well-being is not solved,” he said.

Mohd Sabri added that while Malaysia is encouraging students to master science, technology, engineering and mathematics (STEM) subjects, the government must also look into their career paths.

Utusan Malaysia reported that the starting salary for graduate engineers is still offered at the same value during the 2000 era, which is as low as RM1,500 to RM2,000 per month. The report added that some p-hailing service workers can earn up to RM4,000 a month.

In response, the Board of Engineers Malaysia (BEM), which is the regulatory body for engineering, said that the setting of the minimum wage for engineers is the same as other professions based on supply and demand.

BEM also said determining the minimum salary for engineers and engineering teams is outside of its jurisdiction, because according to Section 4(1)(d) of the Registration of Engineers Act 1967, BEM only serves to set the fee scale for professional engineering services.

MEINSA also said allowing foreign engineers to join the workforce is also not sustainable, as engineers engaging in engineering-related activities here are required to be registered with BEM, as required by law. 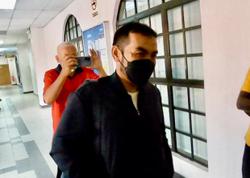