IPOH: A landslide has occurred at KM27 Jalan Simpang Pulai-Cameron Highlands near here and it is believed that there are people trapped in two vehicles under the debris.

A Perak Fire and Rescue Department spokesman said they are uncertain how many people are inside the vehicles, adding that they received a call about the incident at about 1.44pm on Thursday (Dec 2).

Mohd Zolkafly said the affected area included a 100m stretch of the road which is now inaccessible to traffic.

He added that the landslide could have been caused by continuous rainfall.

"The stretch of road is not safe for motorists. The situation is being closely monitored by the concessionaire and JKR," he said in a statement on Thursday.

Work to clear away the road is ongoing, with an excavator seen digging away the debris.

Police, firemen and other JKR personnel are also at the site. 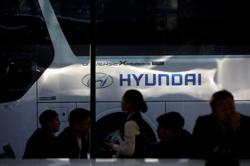