KOTA KINABALU: A new education cluster in Sandakan district was announced on Wednesday (Dec 1), involving a polytechnic student there as the index case.

Sabah’s daily cases also saw an increase to 467 from 401 the day before, with Kota Kinabalu recording a jump to 83 infections from 53 previously.

Masidi added that as announced by the Federal Government, the Covid-19 infectivity rate (Rt) of the country as of Nov 30 was 0.95 while for Sabah it was 0.96.

The Rt value refers to the number of people that a person with the virus will infect. 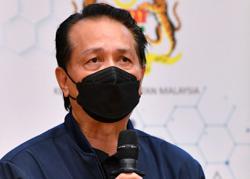