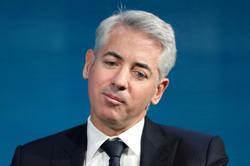 KUALA LUMPUR: Regulating content on online streaming platforms such as Netflix remains a challenge because present legislation can only regulate companies that are registered in Malaysia, says Tan Sri Annuar Musa.

The Communications and Multimedia Minister said challenges to regulate streaming platforms isn't only unique to Malaysia, as many countries in the world are facing issues in controlling what over-the-top (OTT) streaming platforms can show to their viewers.

"Our laws are only for companies that are registered in our country and for global internet services, we still do not have a mechanism.

"If we feel there is something that we cannot broadcast in the country, the Malaysian Communications and Multimedia Commission (MCMC) will discuss with them and make an application.

"That's all we can do because we cannot deal with services overseas," said Annuar in response to Wan Hassan Mohd Ramli (PN-Dungun), who interjected and asked whether the ministry intends to reduce the amount of streaming services available in Malaysia.

Earlier, Annuar was responding to an initial question by Wan Hassan, who asked about steps taken by Putrajaya to curb contents that are sexual in nature and have elements of Lesbian, Gay, Bisexual and Transgender (LGBT) that are broadcasted on streaming platforms such as Netflix.

Annuar said Netflix is an OTT streaming service and its headquarters were overseas, and noted that the same operating model was practised by most international online streaming companies.

The minister said while many other countries were also facing their own challenges in regulating content by online streaming platforms, Netflix has its own parental safety system that ensures appropriate content is watched by children.

"Aside from that, Netflix also has a parental control system and passwords are required for certain content to protect children from inappropriate films," he said.

Annuar also informed the House that a total of 407 paedophile and child pornography websites have been blocked.

He said the websites were blocked between 2015 and up to September this year through cooperation with MCMC, the police and Interpol. 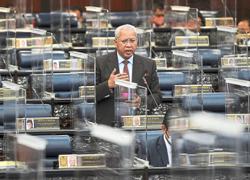