Be cautious but don’t panic 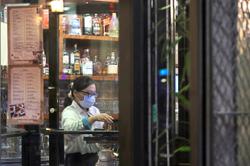 PETALING JAYA: Malaysia needs to remain vigilant and beef up surveillance, especially at all its border entry points, following the emergence of the newly-discovered Covid-19 Omicron variant, say experts.

Local tourism players have also expressed caution but noted that the nation needs to learn how to balance livelihoods with living with Covid-19.

Universiti Putra Malaysia medical epidemiologist Assoc Prof Dr Malina Osman said that at the moment, the actual clinical impact of Omicron infections has yet to be known.

“We are still awaiting further data and information.

“I think at this stage we have to continue the surveillance to monitor the trend of cases in the next two to four weeks, particularly its transmissibility and the severity of its clinical impact.

“Current measures by our government are sufficient to curb the potential spread in the country,” she said when contacted yesterday.The Omicron variant was first reported to the World Health Organisation (WHO) from South Africa on Nov 24.

“Studies currently under way or will be under way shortly include assessments of transmissibility, severity of infection (including symptoms), performance of vaccines and diagnostic tests, and effectiveness of treatments,” the WHO said on Nov 28.

Malaysia aims to reopen its borders to international visitors by Jan 1, next year as daily Covid-19 cases have shown a declining trend with a total of 4,087 new infections reported yesterday, the lowest since Nov 7.

“Except for South Africa, the reported cases in most of the other countries are still within two digits.“Compared to the situation in India last May, the burden of the infection in the affected area is still within control,” she added.

“This includes new quarantine orders for those affected,” he suggested.

He also emphasised the importance of closely monitoring all the latest updates on the clinical and epidemiological characteristics of the Omicron variant.

Medical Practitioners Coalition Association of Malaysia president Dr Raj Kumar Maharajah said it was too early to say whether the government should not rush to reopen the border to international travellers in the next few months.

“We have to monitor the situation and development and then decide based on the current situation.

“We have to be on guard for now. Because once it enters the country’s borders, it is quite virulent,” he said.

Malaysian Association of Hotels (MAH) chief executive officer Yap Lip Seng said the newly discovered Omicron variant of concern was undoubtedly a cause for serious worry in the tourism industry as various governments were imposing fresh sets of travel curbs as a precautionary measure.

“However, health experts have yet to determine actual concerns and implications of the new variant, and had in fact suggested the same standard operating procedures (SOP) for the public, such as wearing face mask and sanitising frequently.

“Without conclusive studies on Omicron, the same SOP and preventive measures taken by the industry should be sufficient as long as they are being adhered to strictly. The industry and public must still wait for full details from health experts (like WHO),” Yap added.

Malaysia Tourism Council (MTC) president Uzaidi Udanis said the industry had been battered in the last 20 months, but is slowly recovering.

“This is the new norm that we are currently living in. We need to find ways to balance between health safety and economic livelihood,” he said.

Uzaidi cited other countries, such as the United States and the United Kingdom, that still allowed visitors to enter except for those from high-risk countries.

“We need to look at the situation based on science and data, and consider other factors such as SOP and flight connectivity before reopening to international travellers.

“If the authorities decide to have another round of lockdowns, the whole industry will suffer,” he said. 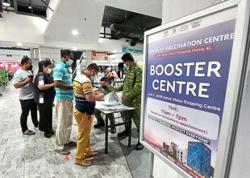