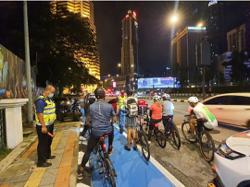 KUALA LUMPUR: Nine men were detained for driving while intoxicated following an operation in the city.

"They were detained under Section 45(A) of the Road Transport Act 1987," he said in a statement on Sunday.

Four motorcyclists were also detained for riding dangerously while another was arrested for riding a stolen motorcycle, he added.

"We also detained a 23-year-old motorcyclist for modifying his motorcycle's number plates," he said

ACP Sarifudin said some 550 summonses were issued for various offences and 11 motorcycles were seized for illegal modifications.

"We will continue to conduct such operations during the weekends to prevent and curb traffic violations and to ensure the safety of all road users. 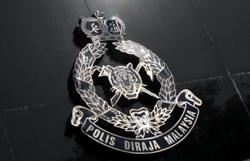