JOHOR BARU: Another call has been made for the Singapore government to give clemency to Malaysian citizen Nagaenthran K. Dharmalingam, who was sentenced to death for drug smuggling.

Pasir Gudang MP Hassan Karim said consideration should be given on the grounds that the accused is mentally challenged.

"I sincerely appeal to the Singapore's government to set aside the death sentence on Malaysian citizen Nagaenthran for a valid reason that he, as an accused, has defective mental faculties and inability to understand like a normal person.

"I appeal to the Singapore government again – on the basis of human compassion – for Nagaenthran to be saved from the death sentence on Nov 30," he said in a statement here on Friday (Nov 26).

Nagaenthran, 33, was arrested by Singaporean authorities on April 22, 2009, and charged with smuggling 42.72g of diamorphine.

His lawyers had launched a last-ditch appeal against the execution, arguing he was not of sound mind.

However, his execution was delayed after he tested positive for Covid-19.

Nagaenthran did not receive due process

Nagaenthran's sister pleads with Singapore to give brother a second chance

Malaysian in death row has been accorded full due process under the law, says Singapore PM

Nazri calls for immediate review of all drug-related death sentences 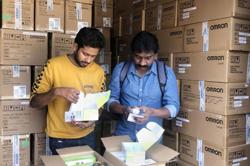