NGOs call for transparency on carbon deal with S’pore firm

KOTA KINABALU: Details of a carbon sales deal signed between the state government and a Singapore-based company should be made public, say conservationists in Sabah.

World Wide Fund for Nature (WWF) Malaysia said the details of the Nature Conservation Agreement (NCA) must be made public to put the concerns of all parties to rest.

“We now have more questions than answers on the agreement.

“There is a need for robust engagement to address the issues with transparency and accountability,” he said in a statement yesterday.

Chan claimed that the dialogue session with Sabah Deputy Chief Minister Datuk Seri Dr Jeffrey Kitingan did not answer some of the questions that conservationists and the public had, especially regarding a widely circulated fact sheet alleged to be the agreement document itself.

Among the queries raised were the jurisdiction of the agreement, its scale and the monopoly, foreign control and the limited due diligence done.

On this matter, he said while the government’s plans to strengthen the protection of Sabah’s Totally Protected Areas (TPAs) were commendable, a scrutiny of the terms in the NCA was vital.

“Sabah’s commitment to 50% forest cover and 30% TPA is vital for biodiversity conservation in the state.

“Among others, forests offer watershed protection, prevent soil erosion and mitigate climate change, and adding another layer of protection to our invaluable forests through carbon trading is a step in the right direction.

“But this step must be taken properly through appropriate channels,” Chan said, stressing the need for the state to relook the terms and conditions of the NCA.

He said a sound agreement framework should be negotiated where activities falling under the NCA, such as carbon trading and pricing and the subsequent distribution of funds, adhere to the protocols of combating climate change.

Sabah Environmental Protection Association president Alexander Yee said all questions with regard to the terms in the NCA must be clarified and made known for the matter to proceed.

He said while the association did not oppose the carbon sales initiative, it was worried about the uncertainties of the deal itself.

He added that there was no clear information on how it was to be implemented as there was no consultation with environmental bodies or villagers involved prior to the signing of the deal. 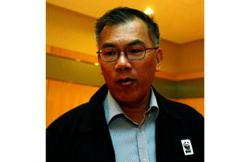