Surgeon says his award-winning circumcision kit cuts ... procedure time down to one minute 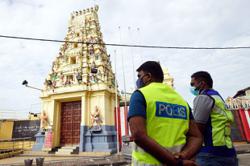 The 78-year-old doctor, who graduated from Fukushima Medical University in 1971, has won a number of awards over the years for his medical and non-medical inventions at both local and international level.

“Despite not having an engineering background, I’m always attracted to inventing something which could improve our daily life," said Dr Siow.

He said the traditional method of circumcision normally took about 30 minutes, but his award-winning circumcision surgery kit cut the time down to just one minute.

The former consultant surgeon, who worked at the Sultanah Aminah Hospital for six and a half years, said he had conducted many circumcisions during his tenure.

“Bleeding is the main concern especially between 1am and 2am, and we (doctors) would have to come to the hospital to attend to the patients," he said.

Dr Siow said men who underwent circumcision using his surgery kit were not required to wear a sarong and could immediately go back to work, exercise or even swim.

“Circumstar-1 is a new generation of circumcision surgery kits," he said, adding that no stitches were needed.