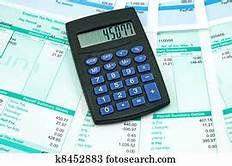 “I’m proposing the government to increase the minimum wage to at least RM1,500 and for white-collar workers, the minimum should be RM2,500, according to estimates issued by Bank Negara Malaysia in 2019,” he said.

He said a “dignified salary” is a good start by the government to protect the welfare of the B40 and the M40 groups during the Covid-19 pandemic.

“This is a class-based issue. Each year passes by, the rich get richer without taking into account one’s race,” he said in his speech on Budget 2022 in the Dewan Rakyat on Monday (Nov 1).

Syed Saddiq said as the Covid-19 pandemic swept across the globe last year, 16,000 Malaysians from the M40 group had fallen into the B40 group, while certain corporations managed to become wealthier.

“More than 900,000 Malaysians lost their jobs and at the same time, 1.2 million Malaysians are unemployed, where degree or Masters graduates are doing blue-collar jobs.

“This means that the Malaysian economy is getting worse, where the rich are getting richer and the poor remain poorer,” he added.

Syed Saddiq said when he was the youth and sports minister under the Pakatan Harapan administration, he managed to push for the increase of the minimum wage to RM1,200 from RM900.

“This is not in any way enough. It should have been increased to RM1,500,” he added.

In September 2018, the Pakatan government announced the uniformed minimum wage of RM1,050 per month or RM5.05 per hour will be enforced beginning January 2019.

After receiving flak over the RM50 increase, the government then raised it to RM1,100 beginning January 2019.

In September this year, the National Wage Legislative Technical Committee said it is analysing and refining all findings obtained in a recent minimum wage review. Deputy Human Resources Minister Datuk Awang Hashim said the findings of the study will be presented and debated by the National Wage Consultative Council before being submitted for approval by the government. 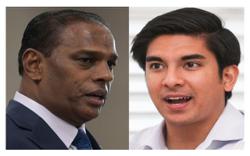