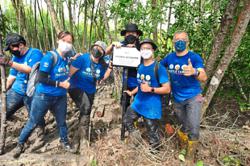 Malaysian Nature Society (MNS) president Prof Dr Ahmad Ismail said the introduction of tax exemptions on electric vehicles could attract the public to use these vehicles in efforts to reduce greenhouse gas emissions.

“The incentives and facilities given may attract public support. However, more publicity on the initiative is also needed,” he said.

“The government sees the potential of EVs that have the characteristics of energy-efficient vehicles as an effort to minimise vehicle smoke pollution.

“To support the development of the local EV industry, the government suggests a full exemption on import duty, excise duty and sales tax for EV vehicles,” Tengku Zafrul said on Friday (Oct 29).

Prof Ahmad added that the government should also recognise the efforts of more local environmental and conservation NGOs by providing more funds.

“MNS is the oldest nature-based society in Malaysia, and its contribution for the last 80 years should not be forgotten.

“MNS’ contributions in Taman Negara Endau-Rompin and Belum-Temenggor need to be recognised, and a certain budget needs to be allocated,” he said, adding that the society has also been involved with indigenous peoples and local communities in the protection and conservation of nature for a long time.

Under the second initiative of the sustainability agenda, Tengku Zafrul said a total of RM450mil will be allocated to various ministries in implementing environment and biodiversity initiatives.

Ecotourism and Conservation Society of Malaysia (Ecomy) founder Andrew Sebastian said more funding should be given to preserve the country's natural heritage to promote ecotourism.

“The Budget falls short in terms of actually boosting our country’s efforts to preserve natural heritage and developing ecotourism products.

“It (the allocation) is also not enough as we are currently facing a lot of threats and challenges in terms of bringing balance between natural destruction and preservation,” he said.

Though the efforts of conserving the Malayan tiger are laudable, he said, equal emphasis should also be given to other terrestrials and marine animals.

“As one of the mega-diverse countries in the world, we are not addressing sustainability enough,” Andrew added.

Aside from that, he also announced that a total of RM70mil will be allocated to the Ecological Fiscal Transfer to preserve biodiversity to all states annually, and there will be a review of the mechanism to strengthen it through results-based ecological criteria. 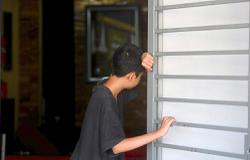