Iskandar Puteri OCPD Asst Comm Dzulkhairi Mukhtar said the suspects, who are all locals and between the ages of 19 and 28, were nabbed in a raid during an operation dubbed Ops Vulture.

He said the raid took place at a shophouse in the Horizon Hills area here at about 1pm on Tuesday (Oct 26).

"We also seized 25 mobile phones, two laptops, 19 ATM cards as well as a box containing agreement letters with borrowers, and notes that were given to those who failed to pay back the loans.

"They are believed to have been active for less than a year," he said in a statement on Wednesday (Oct 27).

He added that three of the suspects also have criminal records for various offences.

He said the suspects were brought to court for a remand order application and the case is being investigated under Section 5(2) of the Moneylenders Act 1951. 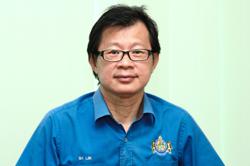