JOHOR BARU: A teacher goes the extra mile to not only break the language barrier for the community at Kampung Sungai Pendas Laut in Gelang Patah but also to foster community-building in a village in which he teaches.

A fluent Mandarin speaker, Abdul Muiz Hussin was first posted to SK Kampung Sungai Pendas Laut in 2013 where he taught science to pupils in Years One to Six.

While serving as a teacher in the fishing village, he observed how the community struggled with a language barrier when communicating with tourists from China.

“The need for them to learn the language became apparent when Forest City opened up and the market was frequented by Chinese tourists.

“I observed the tourists and locals trying to communicate with each other at the market as well as the nearby R&R (rest and recreation) stop. Most of the time, it only involved simple conversations like ‘How much for 1kg?’ or ‘No ice’.

“I would translate for them if I happened to be there,” he said in an interview.

After taking some time to plan his syllabus and to buy the necessary materials, Abdul Muiz, 32, kickstarted the initiative two years ago. “Although I do not have any formal education in Mandarin and could not read or write in the language, I was determined to do what I could for the locals.

“I took a course to teach Mandarin for pre-schoolers, bought modules, projectors and books in 2018. I also consulted my ‘Mandarin teacher’, Hii Chiang Teck, who taught me the language while we were studying in college,” he said.

Abdul Muiz said he started teaching Mandarin when the school session started in 2019.

“The classes were held in a community hall in the village twice a week from 8pm to 9.30pm on Tuesdays and Thursdays,” he said, adding that he had 30 students as young as six, up to age 67.

“While my focus was to teach children, there were also adults showing interest in the classes.

“Some parents would come early to pick up their children so that they could also learn a few words during my classes. It was tiring but I really enjoyed teaching the students. It felt like a community gathering as parents would join and bring food; we even celebrated birthdays together,” he said.

In order to give his students actual experience with language usage, he would sometimes station his students at stalls in the market where they would help traders communicate with Mandarin-speaking visitors.

“I want them to have as much opportunity as possible to practise the language. Sometimes, we would have outdoor activities such as fishing and archery while using Mandarin as a language of communication,” he said.

Three months after he started the classes, Abdul Muiz was moved to another school nearby but that did not stop him from continuing the initiative.

“I was transferred to SK Kompleks Sultan Abu Bakar but the Mandarin classes did not stop.

“They went on for over a year until we were hit by the Covid-19 pandemic. I had to conduct online classes instead.

“Due to limited Internet connectivity, most of my students could not join the lessons but I am looking forward to having physical classes with them again,” he said.

A few months ago, Abdul Muiz was once again transferred to another school – SK Seri Binjai – in his hometown in Batu Pahat.

“Although I am now living about 120km away from the village, I still have close contact with my students and the community there,” he said.

“I will resume the classes physically once it is safe to do so. I do not see the two-hour drive to the village as a big obstacle.

“I plan to continue teaching the language for three years and hope that my students would later teach others,” he said.

For his noble efforts, Abdul Muiz is recognised as one of the 10 winners of Star Golden Hearts Award 2021, an annual award that celebrates Malaysian unsung heroes. 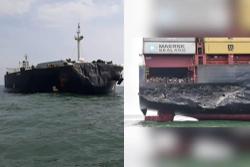