The Umno secretary-general said it was unacceptable for gatherings to be banned throughout the period (before and after the Melaka election), given the increasing number of Malaysians who were fully vaccinated against Covid-19.

“According to the Health Ministry’s website, those who are vaccinated are less likely to be infected seriously with the Delta variant.

“But it (Delta variant) was used as an excuse to ban gatherings during the state election.

“I hope the government will relook this and allow house-to-house visits and small-scale gatherings,” the Pontian MP said during his speech on the annulment of the Emergency Ordinances in Parliament yesterday.

Parti Amanah Negara president Mohamad Sabu asked why malls, restaurants and weddings were allowed, yet physical campaigning was banned in the run-up to the Melaka polls.

Petaling Jaya MP Maria Chin Abdullah has urged the government to allow all candidates daily prime and off-prime air time on all TV and radio stations as well as platforms to broadcast their campaigns and election manifesto free of charge.

She also proposed that the government allow candidates to use mobile vans to announce their manifestos and messages throughout the campaigning period.

“Voters are disenfranchised if they do not know who their candidates are.

“Only candidates who are digital savvy may reach their voters, which is an unfair advantage during these unprecedented times,” she said in a statement.

She also proposed that the government allow voters to change their voting status to mail-in votes or postal votes at the nearest post office or online. 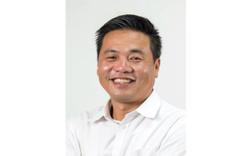