PETALING JAYA: No stranger to helping those with disabilities, Sunny Shalesh hopes to build a sustainable development ecosystem that will create a place for the disabled to play, work and live.

Shalesh has long used football as a therapy to help those who are disabled as he was impacted by the plight of his brother, who was diagnosed with mental retardation and cerebral palsy.

“I grew up as a teenager feeling frustrated and helpless as I was unable to help my disabled brother to make his life more meaningful.

“As I was a decent footballer in my teens, I realised the sadness in his eyes because he could not do what I could. I then introduced football to him by kicking it around at home.

“I promised myself then that I would one day coach children and adults with disabilities to play football because I could not do it for my brother,” he said in an interview.

After leaving his corporate job in 2006, Shalesh founded the Pan-Disability Football Club in 2007 to empower the disabled through his passion in football. Sunny days ahead: Shalesh coaching a group of footballers with disabilities. His next target is to build a dedicated training facility.

Shalesh said he gained the exposure of structured coaching after playing football with several former professional Brazilian football stars, adding that he then worked to obtain his professional coaching qualifications.

Currently, he has coaching sessions in Selangor and Kuala Lumpur, with satellite programmes in Perak, Johor, Kedah, Penang and Melaka.

Among his successes, his team of visually impaired footballers was selected by the Youth and Sports Ministry to represent Malaysia at the 2013, 2015 and 2017 Asean Para Games.

Malaysia also emerged as the Asean Blind Football champions in 2015 and ranked 17th best in the world under Shalesh’s tutelage.

Even with the impact of Covid-19, it has not dampened their spirit.

“Football is so important to them because it is a form of therapy. We are using football as a social development tool,” he said.

For the blind, he said they were coaching their sensory and spatial awareness to adapt to their surroundings while for amputees, they were developing their self-esteem.

“During the pandemic, we continued to engage with them socially via online methods. We had online classes and quizzes. With the children, we had fun games.

“With the adults who are high-performance athletes, we continued with physical activities to keep them going and to keep everyone motivated,” he said.

Shalesh also said they managed to organise food aid for his players who needed help.

“They come from poor families, so we helped them with what we can,” he said.

After 14 years of coaching the disabled, Shalesh hoped to start a fundraising campaign to raise RM3mil to build a dedicated training facility called the “Pan-Disability Football Club Dream Centre”.

He said the project would enable them to generate revenue to become self-sustainable.

“We want to create a sustainable ecosystem for the disabled.

“This facility would be a place to play, work and live, as well as provide jobs for the disabled.

“We want to build a centre with a football field which is something that we currently do not have despite producing football champions. We can then have our own training pitch,” he said.

He added that there were also plans to build a 30-bed dormitory operated by the cerebral palsy and amputee players.

“This will create a sustainable environment. If we have a football field, we can rent out the field when we are not using it.

“This will help generate income for us,” he said.

The income, Shalesh said, would replace all the donation and grant applications that they had been getting these past few years.

“With this, we would be able to sustain ourselves for our football projects whether it is grassroots development, elite competitions and others. This will be a sustainable social enterprise model,” he said.

As a winner of this year’s Star Golden Heart Awards, Shalesh described it as a recognition of the journey that he had gone through for years.

“My wife and I used to fork our own money and get individual donors to help advocate our cause.

“With this endorsement, we will move forward to create a sustainable development ecosystem that is no longer waiting for handouts,” he said.

For his noble efforts, Shalesh is recognised as one of the 10 winners of Star Golden Hearts Award 2021, an annual award that celebrates everyday Malaysian unsung heroes. 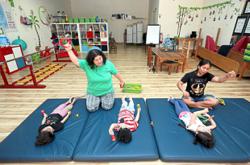 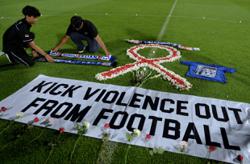