He said he had heard views and opinions from liquor distributors and sellers, as well as the Federal Territories Representatives Council (MPPWP), and hopes to arrive at an amicable decision regarding this issue by the end of October.

“We are still negotiating with the relevant parties involved and will come to an agreement on the terms while keeping in mind the Keluarga Malaysia approach.

“It is important that we have a civil discussion to solve this issue,” he told a press conference after officiating a key handing-over ceremony for Residensi Wilayah Keluarga Malaysia (RWKM) Desa Satumas Residence here on Friday (Oct 22).

Importantly, Shahidan said those who purchase liquor must be above 21 years of age, non-Muslims and the places which sold the liquor could not be near hospitals and places of worship, as well as residential areas.

On Nov 16, 2020, Kuala Lumpur City Hall (DBKL) issued new guidelines on the criteria for liquor licence applications and that existing sundry shops, convenience stores and Chinese medicine shops that sold hard liquor could only renew their liquor licence until Sept 30 this year.

One of the new guidelines also banned the sale of liquor by businesses located near police stations, places of worship, schools and hospitals. Although the new guidelines were supposed to start on Oct 1, DBKL postponed the ban on liquor sales until Oct 31 to allow for further discussions. 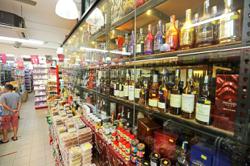 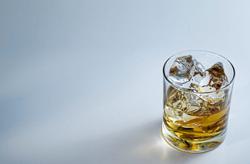