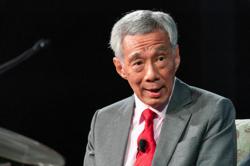 MELAKA: Pengkalan Batu assemblyman Datuk Norhizam Hassan Baktee has confirmed that he intends to defend his state seat as the candidate of a political party.

He said he is not going to contest as an Independent but will represent a “formidable” political party, but declined to be elaborate if he meant Parti Keadilan Rakyat (PKR).

“Please wait for Nomination Day on Nov 8 and there will be a big surprise. As I said, I am priceless for any political party and my electorates want me to contest,” he said.

He added that he has done much for his constituents and is confident of retaining the seats.

“I expect a multi-cornered contest at my constituency as my rivals feel that they can go and undermine me by claiming I am a ‘frog’ (party-hopper).

“Don’t worry; I am Hulk who will never give up,” he said.

Norhizam became known as “YB Hulk” after a video clip of him emerged in 2018, showing him in a heated exchange with villagers in Bukit Beruang.

Sungai Udang assemblyman Datuk Seri Idris Haron said he has yet to submit any application to any political party but would be contesting in the state polls.

“I have been meeting many party leaders and they are all very pleasant and very supportive of our struggles.

“All of them encouraged us to move on and not to rush into making decisions,” he added.

Pantai Kundor rep Datuk Nor Azman Hassan said he too would be a candidate for a political party.

“Whatever it takes, I will defend my seat as an incumbent,” he said.

Nor Azman said his constituents are also behind him. 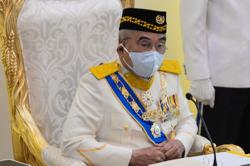