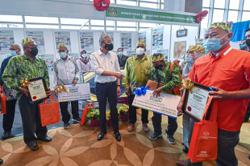 PUTRAJAYA: A policy is being drafted to strengthen disaster risk management which among others will push for the use of technology and expanding mitigation efforts, says Datuk Seri Ismail Sabri Yaakob.

The Prime Minister said the policy would also spell out the need for a better understanding of disasters and the risks it brings and to boost the country’s preparedness for disasters.

He said that the National Disaster Management Agency (Nadma) was also undertaking an initiative to create better public awareness and understanding of disasters in Malaysia through a National Risk Register.

The Prime Minister will be launching the document on Oct 28.

“In facing disasters and its risks, the utmost importance is to ensure the wellbeing of the Malaysian Family.

“The aim is to ensure that the people are constantly aware of the risks brought about by disasters and have the ability and resilience to adapt to situations in the era of climate change,” he said in his keynote address at a webinar on “Disaster Risks in the Era of Climate Change” on Thursday (Oct 21).

The Prime Minister quoted the World Disasters Report 2020 where during the first six months of the Covid-19 pandemic, more than 100 disasters had occurred worldwide, affecting more than 50 million people.

According to the report, 99% of the incidents were due to extreme weather.

Ismail Sabri said over the past two years, Malaysia had experienced several disasters such as floods in Pahang and Sabah and a mudflow in Gunung Jerai, Kedah.

“The issue of climate change must be considered when explaining climate-related disasters that are happening around the world, including in Malaysia. Floods, landslides, mudflows are among disasters that occur due to extreme weather,” he said.

He also pointed out the need for all sectors including economy, education and health to adopt initiatives that have been outlined to reduce the risks of disasters. 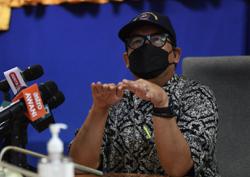 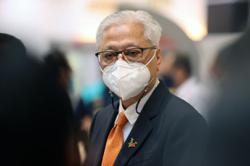