PETALING JAYA: Speculation is rife within the upper echelons of Gabungan Parti Sarawak (GPS) that it plans to head for the 12th state election by December.

Sources have indicated there are moves to dissolve the state assembly soon to pave way for the state election in December, ahead of the Emergency Proclamation that will expire next February.

“We don’t want the Sarawak state election to run concurrently with the 15th General Election,” said the source.

Having an election in December means the emergency declaration in the state must be lifted first.

Political analyst Dr Jeniri Amir said GPS would prefer to avoid having the election after Undi18 is implemented, when those aged 18 and above will automatically be eligible voters.

“With Undi18, it will definitely affect the political landscape as you will be dealing with unknown voting patterns,” he said.

“Even so, I still believe GPS is well capable of winning the election.

“But they would rather go for a bigger, comfortable win and secure a two-thirds majority,” said Dr Jeniri, who is a senior fellow of the Malaysian Council of Professors.

The state election is also “long overdue”, as the state assembly was automatically dissolved in June and polls should have been held.

The election was suspended under a localised emergency declaration, from Aug 2 to Feb 2, 2022.

“GPS has already prepared for an election for a long time so it sees no reason to delay it further now, especially as even Melaka is set to go to the polls,” said Dr Jeniri.

On Sept 3, the Kuching High Court ordered the Federal Government to implement Undi18 by Dec 31.

“The fact that the Federal Government is set to table the Constitutional Amendment Bill related to the Malaysia Agreement 1963 on Oct 25 is a sign that Sarawak is gearing up to go to the polls soon.

“If the constitutional amendments to MA63 pass the two-thirds vote in Parliament, GPS will see it as an advantage for them going into the election,” said Dr Jeniri.

The Opposition had claimed that GPS was rushing to hold the 12th state election in order to avoid the implementation of Undi18.

In response, GPS accused the Opposition of using an old strategy to incite youths.

Another piece of information fuelling talk that the state election is near is a Facebook post by the Lubok Antu district health office indicating an Election Commission (EC) meeting at a vaccination centre.

The post, which was later deleted, was to inform the public that scheduled vaccination on Oct 24 was postponed to Oct 31, in order to make way for an EC meeting at the vaccination centre, which is also a multipurpose hall. 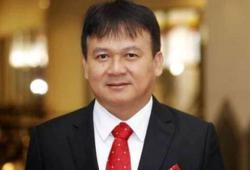