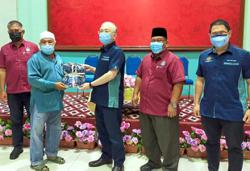 JOHOR BARU: Several rest and recreation (R&R) stops in the state are coming back to life following the first weekend since interstate travel restrictions were lifted.

Check at three R&Rs in Johor showed a small crowd building up at the stops here as they took a break from their journeys.

However, no traffic congestion was spotted near the R&Rs located along the North-South highway between Kulai and Ayer Hitam.

Kitchen assistant at the Machap R&R (Northbound) M. Selvi, 48, said that travellers had been flocking to the R&R's food court since 8am.

"While the crowd is not big as pre-Covid-19 times, it is still a significant change for us.

"Previously, a majority of our customers were only lorry drivers and we now see families stopping by as well.

Waitress Nurul Nazihah Sujono, 28, said that they expected more people to come in the weeks to come.

"We saw promising signs from the crowd we received in the past few days, especially on Friday.

"This stall only reopened on Oct 1, after being shut for over four months as there were hardly any customers.

"Although the number of people coming is still far from what we used to have before the pandemic, it is still very encouraging," she said.

Among visitors spotted at the R&R stop here was housewife Shakilah Pandi, 47, who was on her way to Ayer Hiram from Johor Baru with her husband and two children.

"We initially planned to visit our family in Kuala Lumpur. However, we later changed our minds and decided to visit Ayer Hitam instead as my youngest son, who is 16, has only gotten the first dose of the Covid-19 vaccine.

"We plan to travel out of Johor after he is fully vaccinated," she said, adding that they planned to stay overnight at Ayer Hitam.

Over at the Machap R&R (Southbound), civil servant Samsul Salip, 43, was taking a break with his family from their journey from Bangi, Selangor.

"We are on our way to Kulai to visit a relative who is sick and who we were not able to meet for almost two years.

"This is the first time I got to bring my family to Johor since the pandemic," said Samsul, whose hometown was in Segamat, Johor.

He noted that their journey had been smooth with no congestion along the way so far.

"We decided to leave early, at about 9am this morning to avoid congestion, but so far the journey has been smooth," he said.

Malaysian Association of Hotels Johor Chapter chairman Ivan Teo said that the increase in the number of people booking accommodations in Johor had given tourism industry players here a glimmer of hope.

"Before the government announced the lifting of interstate travel restrictions, the average occupancy rates for hotels were about 20%.

"Thankfully bookings have gone up and now the occupancy rate is between 60% and 70%. Hotels and resorts in areas around Desaru are among places that are doing well," he said. 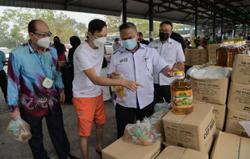 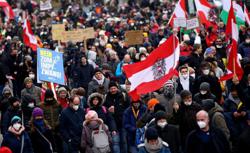