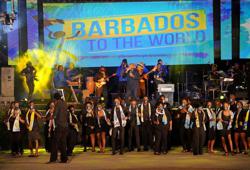 “We are ready with our machinery and the party is prepared to face the polls. We will only discuss any working relationship once our election machinery is strengthened,” he said.

On the list of potential candidates, Ab Rauf said the names would be only shortlisted once the Election Commission (EC) sets a date for the state election.

“We have not reached any decision on the candidates. And no Umno divisions in the state have submitted their choices so far,” he said after handing notebooks to the Masjid Tanah Umno branch in Kampung Pulau here on Friday.

The EC is expected to announce the nomination and polling dates tomorrow.

Ab Rauf said Melaka Umno was confident of securing its stronghold constituencies of Sungai Udang and Pantai Kundor if a state election was held following the exit of its assemblymen there.

The preparation of the election machinery at the two state seats was being handled by Tangga Batu Umno division chief Datuk Seri Mohamad Ali Mohamad, he added.