KUALA LUMPUR: A storekeeper trying to earn some extra income was duped of his savings after scammers cheated him of around RM42,000.

"My wife, looking for work online, found a vacancy for a job on July 26. She then got in contact with a woman by the name of Tiffany, who offered her an investment job that promised 10% returns after completing certain tasks.

"I used my bank account to help her and at first we received our promised commission of around RM110 after an initial RM300 investment.

"But then I thought the more I invested the more returns I would get back so for the second round I put in RM3,000," he said at a press conference at Wisma MCA today.

His tasks were simple; follow the links provided and add certain items into his shopping cart on e-commerce websites. While he was promised returns to his investments after each round, the money never came.

"Every time I checked back they wanted a larger investment to proceed to the next level. I was told that I had to complete all 10 tasks to get my total investments back plus the promised commissions.

"The last transaction was made in August, after selling my wife’s jewellery and borrowing from friends. When I contacted Tifanny I was told that a refund process would take time because they had to contact their American counterparts," he said.

A police report was finally lodged on Sept 1 after he had no updates on the supposed refund.

Choong said that ever since the movement control order started last year, his department has received 36 cases of online cheating.

"These scammers are professional. They will give you a little bit of ‘honey’ to get you interested before trapping you.

"Greed plays a big part in how victims get cheated," he said. 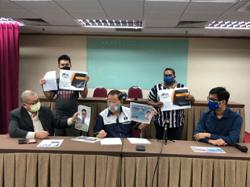