Where are the special courts for sex crimes against children? Azalina asks Rina 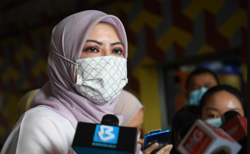 KUALA LUMPUR: Datuk Seri Azalina Othman Said has called out Putrajaya's four-year delay in establishing the Special Criminal Court on Sexual Crimes Against Children, arguing that the facility is needed in each state due to rising child abuse cases.

The Pengerang MP said the Special Criminal Court on Sexual Crimes was supposed to be established nationwide when she was the de facto law minister under the then Barisan Nasional government.

"The government had agreed then (to set up the court) but it was never implemented," she said during her speech on the 12th Malaysia Plan (12MP) in Parliament on Wednesday (Sept 29).

Azalina pointed out that child sex abuse cases being heard at the criminal court according to present procedures was a very challenging situation for victims and witnesses.

"Who would want to take the witness stand? It can be embarrassing. That is why we need a special court, with a special witness room.

"We need a special approach because these are child sex victims and how many children have been abused at home (throughout the movement control order)?" she questioned.

Azalina then trained her guns on Women, Family and Community Development Minister Datuk Seri Rina Harun, who was absent in the House.

"I want to inform the minister responsible, who is not even here, that this is a big problem.

"We should not talk about 12MP if we forget that Malaysians need us MPs as their eyes and ears in Parliament.

"I'm not angry or against the government, but I'm prioritising the people who have voted for us as MPs."

The Sexual Offences Against Children Act 2017 was passed in Parliament when Azalina was the de facto law minister.

The proposed special court was supposed to be set up at the end of 2017 in four stages, with the first phase involving the three states with the highest rates of sexual crimes against children – Selangor, Sarawak and Johor.

The second stage would have seen courts set up simultaneously in Kedah and Perlis, Kelantan and Pahang and the third phase in Penang, Negri Sembilan and Melaka, and the fourth phase would involve Sabah, Perak and Terengganu. 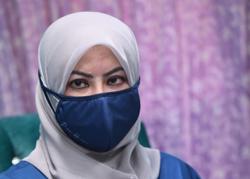