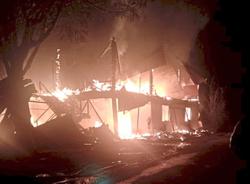 KOTA KINABALU: An elderly man was killed while his wife sustained burns to her face and body following a fire in Kg Gunsing Novunsu, Penampang, early Tuesday (Sept 28).

The body of the victim - 90-year-old Godfrey Tozuu Moligan - was discovered after firemen managed to bring the blaze under control following the 3am fire.

State Fire and Rescue Department assistant director of operations Misran Bisara said the victim’s wife, Josepha Lojikim, 89, managed to get out with the help of others in the house but suffered burns to her body.

“The deceased and injured victim have been taken to the hospital for a postmortem and treatment, respectively, while the cause of the incident is still being investigated,” Misran said in a statement Tuesday.

Earlier, he said they received a call about the incident at 3.16am and a team from the Penampang fire station was dispatched to the scene.

They received backup from the Kota Kinabalu and Lintas stations and managed to bring the fire under control at 4.24am.

“Fire extinguishing and rescue operations ended at 5.56am,” he said. 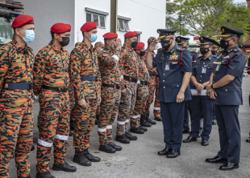