BUTTERWORTH: The court has set for all 164 money laundering charges against Bayan Baru Umno division chief Datuk Mansor Musa amounting to over RM11mil to be consolidated within the same court here.

While the RM200,000 bail set in Kuala Lumpur will be revoked, the RM500,000 bail imposed in Butterworth will remain, said Sessions Court judge Ahmad Azhari Abdul Hamid on Tuesday (Sept 28).

Deputy Public Prosecutor Datuk Faridz Gohim Abdullah from the Malaysian Anti-Corruption Commission (MACC) said dates for the trial will also be decided on Nov 3 after documents were submitted.

"It will be a joint trial with the other charges from Kuala Lumpur so the same bail applies," he told reporters outside the courtroom.

Mansor, 58, claimed trial to all charges.

The money laundering charges involve more than RM11mil in the form of cash and other items including shares and property.

Based on the charge sheets, Mansor – a one-term Batu Maung assemblyman from 2004 to 2008 – is accused of laundering money by receiving cash through multiple illegal transactions, as well as assets and shares via bank accounts of different companies in Penang.

He is also alleged to have allowed a developer to build under joint venture on land belonging to Koperasi Tunas Muda Sungai Ara Bhd, of which Mansor is the chairman.

The charges fall under Section 4(1)(a) of the Anti-Money Laundering, Anti-Terrorism Financing and Proceeds of Unlawful Activities Act 2001, which carries a maximum fine of RM5mil or jail not exceeding five years or both, if convicted.

For transactions made after Sept 1, 2014, Mansor is charged under Section 4(1)(b) of the same Act, when the definition of the section was amended.

These charges provide for a heavier penalty of a maximum of 15 years’ jail and a fine of up to five times the proceeds from the illegal activities or RM5mil, whichever is higher.

It is understood that Mansor's arrest was based on a MACC investigation and operation carried out in August last year. 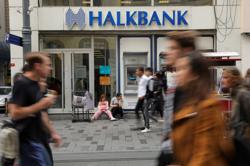