He said this is so that they do not look odd and avoid uncomfortable feelings among other worshippers, adding that there is no other way for these individuals to be in houses of worship unless they change their appearance.

"We are very sympathetic to this group and hope that they are accepted by the general public. However, they should also make an effort to adapt to the culture and norms of regular society,” he said in a statement on Sunday (Sept 26).

He was commenting on the statement by Deputy Minister in the Prime Minister’s Department (Religious Affairs) Datuk Ahmad Marzuk Shaary that the government was looking into emulating Perlis in banning transgender individuals from entering mosques in the Federal Territories.

Ahmad Marzuk had said that Perlis’ decision was appropriate to maintain the sanctity of mosques and avoid confusion among the community.

Meanwhile, Wan Mohd Salim said transgender individuals have wronged themselves by choosing to practice a lifestyle that was contrary to the laws of nature and religion, adding that such actions would cause them to face various challenges in life, especially when interacting with others.

He also urged State Islamic Religious Departments as well as mosque and surau administrations to play their roles in dealing with the issue.

"The mosque administration should advise the group gently and prudently so that they respect the sanctity of Islamic houses of worship with appropriate attire and no longer be looked down upon and considered strange,” he said.

He added that if the group was still persistent, the mosque management should be firm in preventing them from entering the premises because it involved a matter of public interest.

"It is up to the group to choose what they think is good for themselves,” he said. 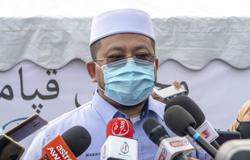