KUANTAN (Bernama): Police here have denied a misleading statement made by the owner of the Instagram account "Vieshantiekhan", who had claimed that there is no need to get prior police approval to travel from Selangor to Janda Baik and Bentong in Pahang.

Bentong district police chief Supt Zaiham Mohd Kahar said that an investigation paper has been opened to probe the claim made by the 35-year-old woman, adding that it has since gone viral on social media.

The woman had used her Instagram account to post a picture of her having a vacation at Rimba Valley, Janda Baik with the caption: "There is no need for a letter (interstate travel permit) because the Gombak Toll Plaza is still in Selangor, (however) those who want to travel interstate are still required to provide the letter”.

He added that the investigation would be conducted in accordance with Regulation 17 (1) of the of the Prevention and Control of Infectious Diseases Regulations 2021.

Supt Zaiham also advised the public to not speculate on the incident and abide by the rules set by the National Security Council.

He said in a statement on Thursday (Sept 23) that anyone found not complying with the standard operating procedures (SOPs) set including misusing the interstate travel permit would be subject to legal action. - Bernama 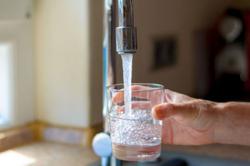