He said this in a written reply dated Sept 21 to Alice Lau (PH-Lanang), who asked how much the MySejahtera app cost.

Ismail said no payments had been made to the developers yet.

"However, in line with the importance of MySejahtera as a national app in the Covid-19 pandemic management that can still be improved, the government decided to make payments beginning April 1,"he said.

Ismail said the Malaysian Administrative Modernisation and Management Planning Unit (Mampu), is currently finalising payment methods and details together with the Health Ministry, the private public partnership unit (Ukas), the Communications and Multimedia Ministry and the National Cyber-Security Agency (Nacsa) and the National Security Council (NSC).

Similar to other government procurements, Ismail also said all contractors must abide by the Service Level Agreement (SLA).

"Taking into account the benefits of this app, it is inaccurate to state that the MySejahtera app has many issues and was unsatisfactory.

"Since the app was developed, it has continuously improved," he said. 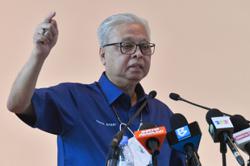