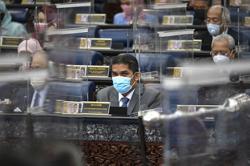 A NEW circular on the transfer of teachers will be issued soon, says Education Minister Datuk Dr Radzi Jidin.

He said the ministry was aware that the transfer of teachers had been a longstanding issue.

“As such, the ministry is drafting a plan on how to implement the transfer of teachers in a more holistic manner.

“God willing, we will be issuing a new circular on guidelines in due time to clarify the issue and replace the circular that was issued in 1975,” he said to a question from Sabri Azit (PN-Jerai) in the Dewan Rakyat yesterday.

Sabri said there were 6,621 applications by teachers to transfer out of the state they were currently in, and 7,299 applications for transfers to other states.

Radzi said transfer applications would be considered based on the needs of the schools involved.

On teaching options for teachers, he said the ministry was also drafting new guidelines that would allow graduate teachers to opt for an additional subject based on their teaching experience.

He also said the matching of teaching options for teachers would not be based solely on their core degree but also on subjects related to their degrees.

Earlier, Radzi informed the House that there were 21,564 vacancies for teachers nationwide as at Sept 19 this year.

He said this shortfall would be filled through the one-off intake of 18,702 graduate teachers on a permanent basis.

He added that 2,862 teachers who did not qualify for the one-off intake would be hired on a contract basis.

Radzi also said the intake of graduate teachers to fill the vacancies would help end the shortage of teachers nationwide. 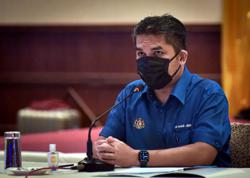 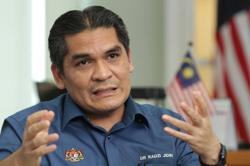