He said the decision on matters related to interstate travel needed to be scrutinised by the Special Committee on Pandemic Management chaired by Prime Minister Datuk Seri Ismail Sabri Yaakob.

“Interstate travel is related to the phases of the NRP. However, recommendations will come from ministers responsible for specific sectors which will then be considered at various levels including the Special Committee on Pandemic Management as well as the Covid-19 ministerial quartet meeting,” he told a press conference after observing the back-to-school vaccination programme at SMK Desa Tun Hussein Onn yesterday with Education Minister Datuk Radzi Jidin.

On Sept 14, Hishammuddin announced that the government was in the midst of reducing the NRP’s SOP from 181 to only 10 so that it would easily be understood.

“The meeting will focus on efforts to simplify the 181 SOP as well as the narrative in gearing towards the endemic phase which will begin at the end of October,” he said.

He added that Tourism, Arts and Culture Minister Datuk Seri Nancy Shukri had been invited to attend the meeting to give a briefing on the status of the Langkawi tourism bubble pilot project and the potential of other travel bubbles.

Youth and Sports Minister Datuk Seri Ahmad Faizal Azumu would brief the meeting on possible relaxations in the sports sector, he said.

Hishammuddin said that next week, Radzi was scheduled to give a briefing on student vaccinations and the reopening of schools in stages beginning Oct 3. — Bernama 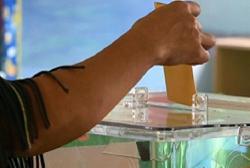