Covid-19: No reports of vaccination side-effects among teens, says Khairy PUTRAJAYA: There have been no reports of Covid-19 vaccination side-effects among the first 85,000 teenagers to be immunised in the country, says Health Minister Khairy Jamaluddin.

“As of Sept 16, some 85,076 teenagers in the country have received their first vaccination doses.

“So far, there have been no reports of serious side-effects among the teens,” said Khairy at a press conference after observing the immunisation programme for students at SMK Putrajaya Precinct 8 (1) here on Monday (Sept 20).

The immunisation programme for adolescents had started in Sarawak on Sept 8 and Labuan on Sept 11.

Khairy said teens in Sabah have also received their jabs through the outreach programme organised in the state’s interior areas.

Schools in the country will reopen in stages starting from October.

Last week, Khairy said the country will start its vaccination programme for eligible teenagers, starting with Sarawak, which has reached its benchmark of 80% vaccinated adults.

So far, the government has only approved the use of the Pfizer-BioNTech vaccine, Comirnaty, for those aged from 12 to 17 years old. 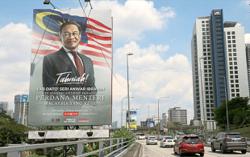