CID director Comm Datuk Seri Abd Jalil Hassan said Nur Sajat was detained by Thai Immigration for having an invalid passport at about 6pm on Sept 8.

"The suspect was later charged in a Thai court for an immigration offence and subsequently fined," he said in a statement on Monday (Sept 20).

Comm Abd Jalil said the suspect is also wanted for multiple offences in Malaysia, including criminal intimidation and preventing civil servants from performing their duties.

"We are currently working towards bringing the suspect back to Malaysia," he added.

In April, the then Inspector-General of Police Tan Sri Abdul Hamid Bador had urged Nur Sajat to come out of hiding.

He was quoted as saying that Nur Sajat's apparent decision to flee the country was odd, as she was not facing a serious charge in court. 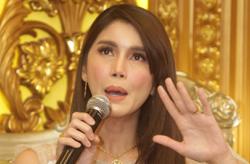