Appreciate how and on what basis Malaysia Day was formed, says Sabah CM 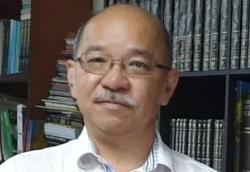 KOTA KINABALU: Malaysians are urged to appreciate and understand fully the significance behind the date of Sept 16, 1963, which saw the birth of a nation called Malaysia, says Sabah Chief Minister Datuk Seri Hajiji Noor.

He said for decades, the focus has always been on Aug 31, 1957, adding that this date has been the anchor for the nations’ National Day celebrations, while Sept 16 is regarded as the closing to the event.

“But later on, leaders from Sabah and Sarawak have began to voice their concerns and expressed their thoughts on making Sept 16 more than just a closing date for the month of independence in Malaysia,” he said during his Malaysia Day speech at the Sabah International Convention Centre (SICC) here Thursday night (Sept 16).

Finally, in 2009, the date of Sept 16 was gazetted as Malaysia Day and declared a public holiday, Hajiji said.

In respect of the formation of the Federation of Malaysia on Sept 16, 1963, he said it was necessary to remember how the nation was formed and the basis of its creation.

“On this, we hope Prime Minister Datuk Seri Ismail Sabri Yaakob will continue the series of discussions with regards to the Malaysia Agreement 1963 through existing platforms,” he said.

Hajiji said the nation has seen many changes in terms of development since the formation of this country, and he believes that under the PM’s leadership, it would see more good things to come.

He reiterated his commitment as a leader of Sabah to see that the rights, voices and grouses of the people are heard and acted upon.

He expressed his wish to see Sabah and Sarawak be given more significance in the development of Malaysia.

Hajiji also called on Malaysians to appreciate and apply the Keluarga Malaysia or Malaysian Family concept in their lives introduced by Ismail Sabri in conjunction with this year’s Malaysia Day celebration.

He said this concept, which is not new for Sabah or Sarawak, is an inclusive concept that can foster closer relations between all the people in this country regardless of race, religion and cultural backgrounds.

This is also a concept that can help the nation move forward as a country, in terms of economic and social development, especially now when the world is fighting against the Covid-19 pandemic.

This concept that encourages unity, harmony and togetherness among Malaysians regardless of their differences, would also help bring this nation forward and rise against all challenges, Hajiji added.

Hajiji also expressed his gratitude and appreciation to all frontliners who have been working tirelessly since the start of the Covid-19 pandemic.

“With all these challenges, it is also important that we support the Memorandum of Understanding (MOU) in place between the government and Pakatan Harapan leaders,” Hajiji said.

Meanwhile, Communications and Multimedia Minister Tan Sri Annuar Musa, who was also present at the event, called on all Malaysians to stand united as one to preserve the peace, harmony and prosperity in the country.

“Sabah is rich in cultural diversity, a mirror of the real Malaysia and this is what we need to emulate,” he said, adding that the spirit of patriotism must be instilled in all Malaysians.

He said the Malaysia Day celebration this year, although held moderately amid Covid-19 pandemic, was still meaningful, more so with the presence of federal and state leaders, as well as Sabah Head of State Tun Juhar Mahiruddin at the event.

Sabah Deputy Chief Minister Datuk Seri Bung Moktar Radin said Malaysia Day is a continuation of the National Day on Aug 31, and also a date that serves as a call for unity to be preserved among Malaysians. Police detain two men over online job scam after Cheras condo raid
New law passed with heftier punishments to protect endangered wildlife
Over 3,000 smoking violation notices issued from Jan-Oct, says Khairy
Opposition MP ordered out of Dewan over heated row on ‘talking to elephants in Tamil’
Dr Wee and Annuar did not contradict each other, both did not mislead House over cabotage policy, says Speaker
Melaka Polls: Think of the risks involved and the people if SOP not followed, Dr Wee tells Opposition
Agong and Permaisuri arrive home safely
Deposit insurance amendment bill passes in Dewan Rakyat
No agent or third party appointed for recalibration programme, says Immigration
Almost RM40mil in seized drugs to be destroyed by KL police