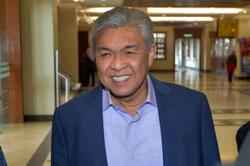 Instead, the money came from two contributors, textile wholesaler Junaith Asharab and jeweller Mubarak Hussain Akhtar Husin, who testified for the prosecution.

Lawyer Hisyam Teh Poh Teik, who represented Ahmad Zahid, said this in his submissions in the trial here on Monday (Sept 13).

The testimony of the two prosecution witnesses was pivotal to one of Ahmad Zahid's money-laundering charges, charge number 26, where it was alleged that he had given instructions to purchase two bungalow lots in Kajang using RM5.9mil that was said to be the proceeds from illegal activities.

Hisyam said there were no elements of corruption, as the two witnesses testified in court.

"The defence concedes that the instructions for the purchase of the lots came from the accused and the two lots were transferred to Yayasan Al-Falah (YAF).

"It is the defence case that the lots are a donation to YAF as both foundations share similar objectives," Hisyam told the court.

Hisyam said Mubarak had made the contribution for the purpose of building a school in Melaka while Junaith contributed to the construction of a mosque and a tahfiz school in Bagan Datuk, for which Ahmad Zahid is the MP.

"We submitted that the prosecution has failed to prove that the RM5.9mil are proceeds from illegal activities," he added.

It was reported that the two bungalows in Country Heights, Kajang, had been converted into a centre for religious activities for YAF.

Ahmad Zahid is on trial for a total of 47 charges, 12 of which are for criminal breach of trust (CBT), eight for bribery and 27 for money laundering involving millions of ringgit belonging to Yayasan Akalbudi. 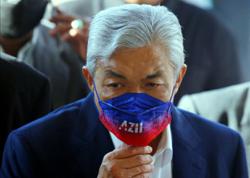 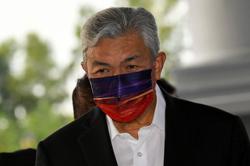