PETALING JAYA: The National Human Rights Commission (Suhakam) re-accreditation as an “A status” body was essential to preserve both international and domestic recognition and trust, said its chairman Tan Sri Othman Hashim.

He said that the Paris Principles required National Human Rights Institutions (NHRI) such as Suhakam to be independent in law, policy, operations, and control of resources.

"It is also necessary to have broad mandate and functions, pluralism in membership, adequate resources and good cooperation with civil society, the State and international bodies," he said on Thursday (Sept 9), during an event to commemorate the day when the Human Rights Commission of Malaysia Act 1999 was gazetted.

Hashim said that with the “A status” accreditation, Suhakam retained privileges that encompass significant participation rights and independent access to United Nations human rights mechanisms including speaking rights in the UN Human Rights Council and before UN treaty bodies.

In June, Suhakam was re-accredited as an A-status institution by the Sub-Committee on Accreditation (SCA) of the Global Alliance of the National Human Rights Institutions (GANHRI).

The 'A' status is awarded to organisations that comply with the Paris Principles in relation to the status and functioning of national institutions for the protection and promotion of human rights.

The Paris Principles are a set of international standards adopted by the United Nations General Assembly in 1993 to promote the independence and effectiveness of NHRIs in promoting and protecting human rights.

Hashim said that as of August, GANHRI’s membership totalled 118, with 86 accredited ‘A’ status whilst 32 ‘B’ status, with every member undergoing an accreditation process every five years based on compliance with the Paris Principles.

Hashim said that while significant advances in human rights over the past two decades have been made, there were still huge challenges in the protection and promotion of these rights.

He said that from time to time, human rights defenders and individuals are subjected to violation of their rights while certain segments of the societies are denied their rights.

Hashim also said that it was noteworthy that the government had pledged its commitment to continue supporting the strengthening of Suhakam as an “A status” NHRI, through improved funding support, ongoing law review towards strengthening its governing Act, and institutionalising more government agency engagement with them.

This he said was part of the government’s voluntary pledges and commitment for the country’s candidature to the United Nations Human Rights Council for the term 2022-2024.

He said that the SCA has had several recommendations to strengthen Suhakam, which should be given great importance. 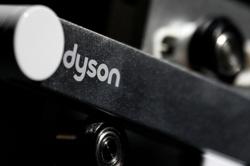